About Our Remanufactured 4R100 Transmission 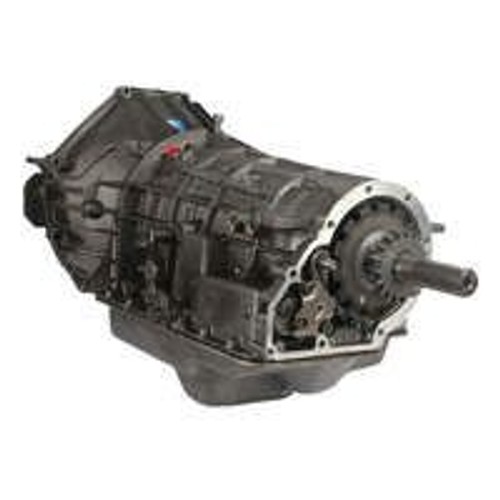 One of the best products to arise from the Ford C6 transmission class, the 4R100, is a staple of a Ford tough transmission and here at Reman-Transmission we strive to live up to that. One of the advantages of this era of American truck manufacturing is the fact that getting a part for the transmission is cheap, easy, and domestic components in perfect condition are affordable. That’s why we sell remanufactured and used 4R10-0 transmission to ensure that no matter what your need is, we can help you fulfill it. However, if you want a rebuilt 4R100 and you’re handy with a wrench, you still may not be comfortable or prepared to rebuild your 4R100 transmission at your place. You could always buy an Auto Zone transmission rebuild kit, but you can't always be sure if the parts are American or foreign made or if you have the time to get it done. Don't take chances with a vital part of your truck. Drop out the old transmission and drop in a quality used or remanufactured 4R100 transmission that has parts from the original equipment manufacturer in it from us.

A reconditioned or refurbished transmission has a lower cost and gets your vehicle back on the street, but it might not last that long. OEM parts in a rebuilt transmission are made to the same tolerances and specs of the parts that left the factory when the car was new. Finding a new crate 4R100 transmission, if at all possible, is expensive. You could save money by searching for "new 4R100 transmission near me" and find a transmission that's close to your place and save on shipping. However, the warranty may not be sufficient to cover the transmission if it happens to break down while the warranty is still active.

To increase holding power and decrease the potential for slippage, the clutch count on all drums has been increased. While the overdrive and intermediate clutches have each been increased to 3, the direct clutch has been upgraded to 5 clutches.

The pump has been thoroughly machined to restore clearances and achieve OE+ specification. This update improves pressure and flow, combatting common wear from the aluminum pump and steel gear from the OE design.

The torque converter on V10 and diesel applications feature a triple clutch and billet cover to eliminate converter failure.

The front and rear planets have been upgraded from aluminum to 5 pinion steel.

Throughout the fully remanufactured valvebody, all new heavy-duty springs have been installed to combat shifting issues.

How reliable is the 4R100 transmission?

How long will a 4R100 transmission last?

A stock 4R100 transmission lasts anywhere from 100,000 to 250,000 miles or longer before needing a replacement. A completely remanufactured 4R100 will last around the same amount of mileage if not more. However, keep in mind that heavy use without proper maintenance will shorten the lifespan of the transmission.

How much horsepower can a stock 4R100 transmission handle?

No, the E4OD and 4R100 are two different transmissions. Though they are similar and share many components, the E4OD was replaced by the 4R100 and was purpose built for use with the 7.3-liter diesel Powerstroke engine with better durability.

Over the years, Ford's pickup truck lineup has undergone an evolution that brought advanced performance and reliability to the legendary F-series. The 4R100 automatic transmission, manufactured between 1999 and 2003, was paired with the 7.3 Power Stroke diesel most often found in the F-250 and F-350, E-450 Super Duty Van, Lincoln Navigator, F-550 SD, Ford Excursion, Ford Expedition. It replaced the Ford C6 transmission and E40D and was eventually replaced by the 5R110W. In 2005, Ford settled on the 6R80 series transmission, a six-speed auto, as its transmission of choice for most of its F-series engines. Meanwhile, over 2 million trucks with the 4R100 transmission were sold and are still in use over 20 years later, and for good reason: the 4R100 transmission 7.3 Powerstroke diesel combination is strong, reliable, and delivers the power to handle heavy loads time and again.

Before the 4R100 transmission came around the E40D, or E4OD, was the heavy-duty 4-speed automatic transmission of choice for the diesel engine trucks. However, the E40D had some durability problems which were addressed internally, and then the transmission was renamed the 4R100. The 4R100 is a heavy-duty four-speed transmission used in 4x4 and rear-wheel-drive trucks and can withstand up to 1,000 foot-pounds of torque. It's regarded as one of the strongest transmissions ever built by Ford Motor Company. The transmission uses an electronic computer control that's easily tuned to customize the transmission to the needs and desires of the owner. However, it's the gear ratios that make the powertrain into a workhorse. The 4R100 was typically mounted with a BW4406, NP271F (NP271), or NP273F (NP273) transfer case in their 4x4 vehicle applications. It features a step 2.71 first gear that makes it one of the best powertrains for towing. Its overdrive gear ratio is 0.71 for fuel efficiency and its second gear ratio is 1.54 with the third gear being 1:1. This era of Ford trucks is considered one of the most reliable transmissions made. However, they're not immune from wear and tear and the transmission will eventually need to be repaired, undergo a rebuild, or be refurbished entirely.