About Our Remanufactured NP246-NV246 Transfer Case 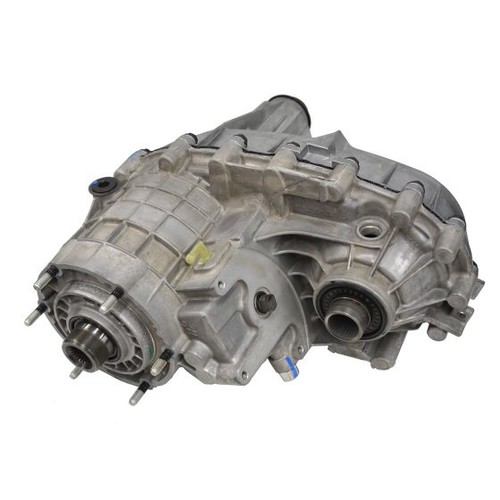 We offer a vast selection of top-quality restored replacement transfer cases online for cheap prices. Our highly trained and certified master builders disassemble and inspect every NP246 transfer case we offer in our catalog closely for cracks, stripped threads, and wear. They then replace every component with new or re-machined parts. The highly experienced inspection team carefully checks each piece thoroughly upon completion. We are so confident in our products' lasting value and longevity that they come with an unlimited mileage warranty with the availability of up to three years.

You'll find that we rebuild our used np246 transfer case for sale with excellence, and they are the most affordable in the industry. We replace every part within the transfer cases with refurbished parts that meet and often exceed the original manufacturer's part expectations. We further repair the transfer cases with known factory manufacturer defects. Our new venture 246 transfer case with updated factory manufacturing fault points is higher quality and more reliable than buying them new because of our careful and efficient repairs. Our products are in stock and ready to ship! We provide fast shipping free of cost to all commercial businesses within the United States, and there is a low .75 fee for shipping to private residences. Our highest priorities are top-quality and long-lasting remanufactured NV246 transfer cases and outstanding customer service.

The NP246 fits a variety of Chevrolet and GMC vehicles. Because there are variations of the new process 246 gm, ensure you have the assembly number or vehicle's VIN on hand when you place the order.

How much does an NP246 transfer case weigh?

A new NV246 weighs approximately 85 pounds when it is dry. Our quality rebuilt transfer cases weigh roughly the same as new transfer cases but are complete with replacement parts.

What transfer case does a 4L80E have?

1998-2002 GM trucks with a 4L80E transmission require the NP246 gm transfer case. The transfer case has a flat-sided shift selector with a 32 spline input shaft. We repair our transfer cases to resolve the pump rub issue and guarantee customer satisfaction.

The original NP246 has a design defect they call pump rub. The running pump rubs with inside components, causing tiny pin-hole punctures in the magnesium shell. Fluid seeps through the pin-holes and evaporates. Insufficient fluid levels leave the transfer case without the proper amount of lubrication it needs for cooling. The defect causes the problem to occur gradually over time, and vehicle owners rarely realize there is an issue until there is significant damage to the internal mechanisms within the transfer case. When our master builders replace the components in the np246 rebuild, they eliminate this costly problem.