About Our Remanufactured NP241-NV241 Transfer Case 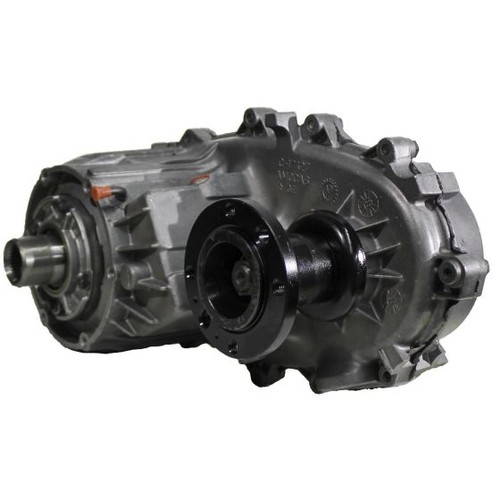 Every NP241 and NV241 transfer case we receive undergoes a complete teardown and comprehensive inspection. Our professional team of engineers and mechanics does more than just rebuild our transfer cases. A typical rebuild calls for replacing only the components that faced wear and tear. Reman-Transmission goes a step further by replacing every single component with new parts that meet or exceed OEM specs or parts that are machined to an exacting fit and finish.

Instead of wondering where you can find a used, refurbished, or rebuilt NP241J, NV241J, or NP 241 DLD transfer case near me, go with a robust remanufactured transfer case from the experts at Reman-Transmission. Browse our online catalog or give us a call and get in touch with our Product Support team today.

Is the NP241 transfer case any good?

Overall, the NP241 is a solid and reliable transfer case that can tackle a variety of high-power and off-road applications. Our np241 transfer case for sale is remanufactured to meet OEM spec, not to mention it’s already had all of its factory flaws corrected for improved longevity and reliability.

Who makes the NP241 transfer case?

New Process Gear produced the NP241 transfer case from 1989 to 2000 for Dodge and GM applications. After GM and Chrysler formed the joint venture known as New Venture Gear, the NP241’s original designation changed to the NV241 to reflect the new company’s naming conventions.

How much horsepower can an NP241 handle?

What fluid goes in an NP241 transfer case?

The NP241 transfer case, later known as the NV241 transfer case, was produced by New Process Gear and later New Venture Gear from 1989 until 2012. NP241 and NV241 are both chain-driven units designed for part-time 4WD operation. Both transfer cases feature a cast aluminum casing and both come in slip yoke and fixed yoke models.

New Process Gear and New Venture Gear made the NP241 and NV241 transfer cases for use in Dodge and Jeep vehicles, as well as for use in General Motors full-size pickup trucks and SUVs. As a result, there are plenty of subtle differences between the transfer cases used for Chevrolet and GMC vehicles and those used for Dodge and Jeep vehicles. For instance, GM applications utilized a 27-spline or 32-spline input shaft, whereas units used on heavy-duty Dodge pickup trucks featured a 29-spline input shaft.

The NV241OR transfer case, also known as the Rock-Trac or Rubicon transfer case model, features a low range option with 4:1 reduction, compared to the standard 2.72:1 reduction found in other transfer cases. The NP241D is the version used by Dodge and it came in 3 variants including the regular 241D, the “light-duty” NP241D LD, and the “heavy-duty” NP241D HD. The Dodge versions of this transfer case were used in the Dodge Ram 1500, Dodge Ram 2500, and Dodge Ram 3500 trucks.

Anyone looking at an np241 transfer case for sale should be wary of the model destinations used for General Motors, Dodge, and Jeep applications, since certain transfer cases may not be compatible with certain applications. For instance, the NV241OR has its own distinctive transfer case shape in order the house larger planetary gears, as well as a 23-spline input gear shaft and various other modifications. These changes may make it difficult to retrofit this transfer case into other applications.

It’s also worth noting that the Dodge and Jeep versions of the NP241 and NV241 are interchangeable, whereas the versions made for General Motors lack such interchangeability.