About Our Remanufactured NSG370 Transmission 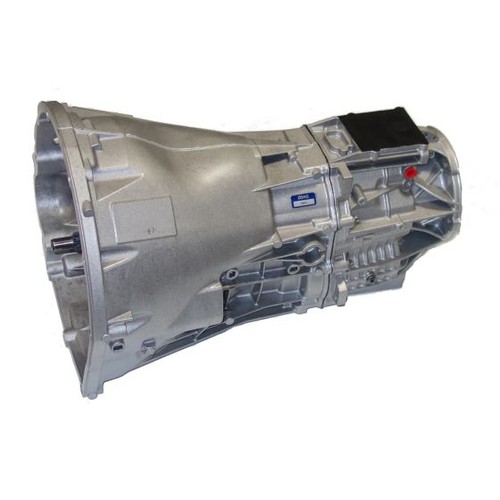 A rebuilt NSG370 transmission for sale from us is under warranty for 5 years, regardless of the mileage you put on them in that period. You can drive with confidence when you choose one of these! If you'd like to save money, consider one of our used NSG370 transmissions. We check all of these to ensure that they are inadequate operating conditions prior to sale. Since we don't remanufacture these used transmissions, the warranty is 6 months or 6,000 miles, whichever comes first.

Is the NSG370 a Good Transmission?

Yes, the NSG370 is a very good transmission. Except for its first year, it has shown strong, trouble-free operation. In fact, it is so good that some people convert non-Chrysler vehicles to use them. If you ever need another NSG370, our remanufactured models are great replacements. They use all-new or re-machined internal components for top reliability.

The Mopar NSG370 was made by Daimler-Chrysler. Specifically, it came from the Mercedes division and was produced in the company's Stuttgart Transmission Plant. Despite this, it was used most often in Jeep models rather than Mercedes-branded vehicles.

How Much Horsepower Can an NSG370 Transmission Handle?

The NSG370 is rated according to torque capacity rather than horsepower. Its input torque capacity is 272 ft. lbs., while its output capacity is between 1,100 and 1,300 ft. lbs. Our remanufactured transmissions are right in line with these specifications.

How Much Does an NSG370 Transmission Weigh?

The weight of the NSG370 transmission is 135lbs. It has a cast aluminum case, which helps to keep the weight down. Since it holds 3.7 pints of fluid, it will weigh a bit more when in use. Due to this transmission's lightweight design, it can be an excellent Jeep manual transmission swap option to have in the arsenal.

The NSG370 was the first six-speed manual transmission to be used in a Jeep. It was first produced in 2005. At the time, Chrysler was in partnership with Daimler, and the transmission was one of the results.

NSG stands for the German "Neues Schaltgetriebe," which translates to English as "new switching transmission." It is sometimes referred to as "new manual shifting transmission," as well. This transmission replaced the NV3550 and the NV1500 in the Jeep Wrangler and Liberty vehicles. It was most commonly used as the transmission for the Chrysler Crossfire, Dodge Nitro, Jeep Liberty, and Jeep Wrangler. The NV3550 had a similar strength as the NSG370, while the NV1500 was a light-duty model and not as strong. The NSG370 transmission was paired with the NP241J and NP241J Rock-Trac transfer cases.

Other Chrysler and Mercedes models also used this transmission. These include the ML Series and the Crossfire. Unlike some other transmissions, this one has had few design flaws or manufacturing defects. The only notable issue has been with the 2005 model, which had a problem with it popping out of reverse gear. Therefore, if you need another transmission and your vehicle takes an NSG370, it is suggested to go ahead and replace it with a working version of the same thing.

One notable factor to keep in mind when using the NSG370 is that it doesn't take standard gear oil. Instead, it uses a fluid that meets Chrysler specification MS-9224. This is because the transmission has bronze synchronizer collars, which are sensitive to lubricant makeup. This is a strong transmission, so it is often used behind V6 and V8 Jeeps and other vehicles. Though it is a Daimler-Chrysler transmission, some people have converted GM vehicles for an NSG370 upgrade. Chevy and GM Gen III+ small block V6 and V8 conversions are notably successful.