About Our Remanufactured W5A580 Transmission 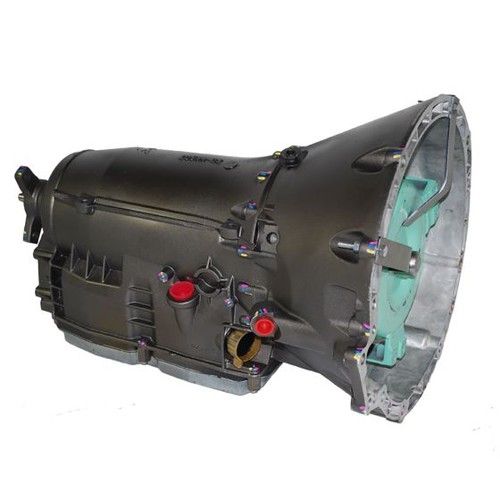 If you’re looking for a W5A580 transmission for sale, then you’ve found your way to the right place. At Reman-Transmission, we sell and ship affordable high-quality remanufactured and used W5A580 transmissions that are the most affordable in the industry. We work hard to provide you with quality parts that run the way you expect after they are rebuilt without the over-inflated retail price.

When you buy from us, you’ll know that all used transmissions have been inspected and are ensured to be in good working condition. With the remanufactured models, we replace each and every part with re-machined or new parts that either meet or exceed the original equipment manufacturer’s (OEM) specifications.

Our warranty is another reason to work with us; we make sure you have the protection you need. Each used W5A580 automatic transmission even comes with a 6 month or 6,000-mile warranty! Try getting that kind of warranty on a used junkyard W5A580 transmission, you won’t. Furthermore, our remanufactured automatic transmissions like the W5A580 come with a warranty as well, except that warranty is for up to 5-years parts AND labor with unlimited mileage.

Buying a W5A580 remanufactured transmission in stock today is an excellent choice for your vehicle. We do our due diligence to be sure that you’re getting a piece of machinery that you can trust.

Ready to make a purchase? We can ship straight to your commercial address for free. If you’d rather get the transmission sent to your home, then we charge a fee of $75. If you need any help, please reach out, and our customer service team will help you make your purchase and set up delivery.

Is the W5A580 a good transmission?

Yes, the W5A580 transmission is reliable and gives people very few problems. The gear ratios are good and spread out, and the transmission is 100% Mercedes-made. It is not a Dodge product. It has been used since 1996, so there is a long history of producing this quality transmission.

What vehicles have a W5A580 transmission?

Some of the vehicles you'll find this transmission in include the 2005 Chrysler 300, 2005 Dodge Magnum, Jeep Liberty, Grand Cherokee, Dodge Challenger, Ram truck, Dodge Charger, and each automatic-transmission SRT8 through 2012. The W5A580 Jeep transmission of choice was used in the 2012 Jeep Wrangler.

How much power can the W5A580 handle?

The W5A580 transmission is a heavy-duty transmission with a 5-speed overdrive automatic transmission system. Since it has a torque converter, it is able to handle up to 600 lb-ft of torque. For those who drive vehicles with 600 horsepower or more, this transmission still allows for lightning-quick shifts.

What type of transmission fluid is for the W5A580?

The transmission W5A580 is a product of Mercedes-Benz. You may also know it by its other names, the NAG1 transmission and 722.6 transmission. This automatic transmission is electronically controlled at five speeds. It also has a lock-up clutch and torque converter. It’s known as a powerful transmission with strong reliability, and it has been in production since 1996.

The term NAG1 is used to identify the family of transmissions that includes the W5A580. The acronym means:

The W5A580 was commonly mounted to the NV245J, MP3023, MP3010, NV143KA, NV241J, and NP241 rock-trac transfer cases where there was a 4x4 application involved. With the right care, the W5A580 is built to last longer and stay stronger than others. If it fails, a re-manufactured model could be even better, since modifications and upgrades are available.