About Our Remanufactured TR6060 Transmission 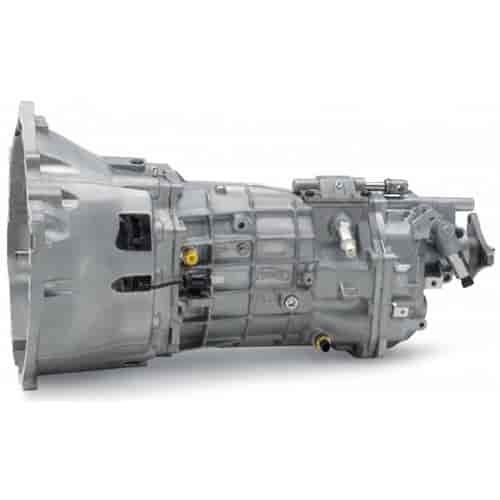 We are your Hassle-Free online resource offering the most extensive selection of rebuilt transmissions and transfer cases. We offer top-quality products, and our friendly and helpful customer service specialists are always waiting to help make your shopping experience smooth, simple, and quick.

Rebuilding a transmission involves replacing broken, defective, or worn-out parts with new ones. Only replacing some internal components will create uneven wear and tear in the rebuilt unit. At Reman Transmission, we expertly remanufacture transmissions. We do not simply rebuild them by replacing some parts of them.

Our remanufactured TR6060 transmissions for sale are the most affordable in the industry. Our team works hard to ensure that every product we sell is in perfect working order. We replace every single component of the transmissions we rebuild with new or re-machined parts that meet or exceed all OEM specs.

Further, we repair or replace any known factory defects when we rebuild transmissions. Many times, our remanufactured transmissions are superior to new factory gearboxes. Reman Transmission also provides a 5-year Hassle-Free unlimited mileage Warranty with every remanufactured gearbox we sell. And there’s no core charge due for up to 30 days!

We meticulously test every part of every TR6060 transmission we remanufacture before shipping. Our affordable shipping options will get your newly remanufactured gearbox to you within 14 days. And our accommodating team is here to assist you with any questions or concerns you may have.

Is the TR6060 a good transmission?

The TREMEC TR6060 is known to be a very solid performer. It has an excellent reputation for handling power and delivering dependable smoothness. A remanufactured TR6060 from Reman Transmissions is your best, most affordable option. Contact our helpful team today to learn more!

Our Tremec TR6060 for sale used and remanufactured transmissions have excellent power handling values ranging between 600-750-lbs/ft. That’s an impressive amount of torque to have at your disposal. These powerful gearboxes can yield the towing capacity of a pickup truck in a standard passenger vehicle.

What vehicles came stock with a TR6060?

What is the difference between a T56 and TR6060 transmission for sale?

A T56 and a TR6060 for sale are similar gearboxes but they have some notable differences. In general, the TR6060 is built more robustly and includes larger components. The two gearboxes have different lengths and shifter locations. The TR6060 also features bigger, heavier bearing hardware, which improves its torque management capacity.

The TREMEC TR-6060 6-Speed RWD Manual Transmission debuted in 2008. It was quickly accepted as a star performer and is used widely in various high-performance autos - like the Dodge Viper, Dodge Challenger, 5th and 6th-gen Chevrolet Camaros, and C5/ C6 Chevrolet Corvettes. Oftentimes this transmission is referred to as the big brother of the Tremec TR-3650 transmission found in several years of the Ford Mustang.

The TR 6060 transmission was preceded by the T56, which debuted as a Borg Warner product in 1992. The T56 was used in the Dodge Viper as well as in 4th-generation GM F-Body vehicles, including the Camaro, Firebird, and Trans Am.

The TR6060 transmission is often confused with the TREMEC Magnum, its aftermarket sibling. Both have a reverse and six forward gears. However, the TR6060 features integrated bellhousing while the Magnum doesn’t.

There are various unique versions of the TREMEC TR6060 transmission, which are used in different applications across a range of OEM vehicles.

Other design features of the TREMEC TR6060 include:

The TR6060 manual transmission also features reduced fore and aft shifting travel, in addition to narrow synchronizer hubs that increase the face width on all gears.