About Our Remanufactured T56 Transmission 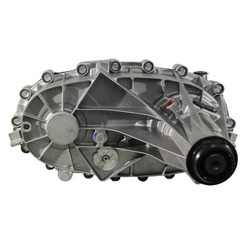 Stop searching for the perfect parts catalog while ending up with the wrong product. Reman-Transmission is the best source to buy a complete remanufactured T56 transmission unit. We strive our best to serve our customers in the best and most convenient way, therefore, we will deliver your rebuilt transmission to you in like-new condition straight to your commercial address. When you search “rebuilt transmissions near me” and you click on our contact button we will give you a quick quote and price for the exact matching transmission for your vehicle. Also, ask about our 5-year unlimited warranty and rediscover your comfort zone while driving your restored vehicle for miles and miles.

About Our Remanufactured T56 Transmission

Yes, it is a manual 6-speed transmission designed for the rear-wheel-drive muscle car market of the late 90s and early 2000s. Our T56 transmissions have been rebuilt to exceed OEM specs. It can also be retro-fitted for 4X4 applications and is popular with rock crawlers.

What is the difference between a T56 and a T56 Magnum?

The T56 refers to the original 6-speed transmission manufactured by BorgWarner and TREMEC from 1992 to 2008 and was sold directly to the Detroit Big 3 manufacturers. The T56 Magnum is an aftermarket transmission that more closely matches the TR-6060 and is currently suitable for performance crate engine applications.

When properly maintained, a T56 can be expected to last up to 200,000 miles. The original design was used in top-selling sports cars for more than 15 years beginning in 1992. The follow-up TR-6060 is still being produced today using many of the same design and manufacturing standards.

How much is a T56 transmission?

You may find a T56 in a salvage yard for under $1000, but will it work? A refurbished one could suffer from the same type of issues since the shop only replaced what was broken. A new T56 Magnum runs for $3000 up. For a few dollars less, our remanufactured T56 gets like-new performance and durability.

The T56 manual 6-speed transmission was first built by the BorgWarner company and made its debut on the 1992 Dodge Viper powertrain, replacing the T5 5-speed transmission as the go-to industry standard for the new decade. The transmission design and process took on the TREMEC name in 1998 while adhering to the same original equipment manufacturer standards required by the Big 3 American vehicle manufacturers in Detroit: Chevrolet, Chrysler, and Ford. Known for its durability and serious muscle car powertrain performance, it was sold as original equipment to not just GM but also installed in the factory in Ford vehicles and Dodge street stock applications. Now it remains a popular and affordable aftermarket transmission for enthusiasts that wish to restore their classic machine.

Why is the T56 still at the top of the list for repair shops and backyard mechanics? Its design is a favorite as many of its components are listed on the Interchange as compatible with a wide range of domestic and foreign vehicles. Its internal parts remained much the same as it rolled off the production line over the years. Better yet, it built a reputation for longevity, often surviving 200,000 miles or longer when properly maintained. Of course, turning out torque numbers up to 550 pound-feet for the Dodge Viper SRT-10 with aftermarket tweaks made it attractive to weekend racers.

As the demand for increased performance grew in Detroit, TREMEC needed to upgrade the T56. The TR-6060 manual 6-speed transmission took its bow on the 2007 Ford Mustang Shelby GT500. A new synchronizer package reduced shift travel and the effort needed to physically move the gear lever. Larger gears in the roomier housing allowed for greater torque, reduced friction, and precise shifts. TREMEC remains a major supplier and the TR-6060 is still being manufactured as original equipment, featured on the 2022 Cadillac CT4-V Blackwing.

Since demand for the TR-6060 design remains high for aftermarket applications, TREMEC builds the Magnum which it sells to auto parts stores and private entities for restoration and professional performance projects. A T56 Super Magnum can bring up to 700 pound-feet of torque to your luxury performance sports car or be installed in your race car paired with a Chevrolet Performance crate engine. Since so many automakers utilize the TREMEC transmission, the Magnum comes with a true drop in design.