About Our Remanufactured MT82 Transmission 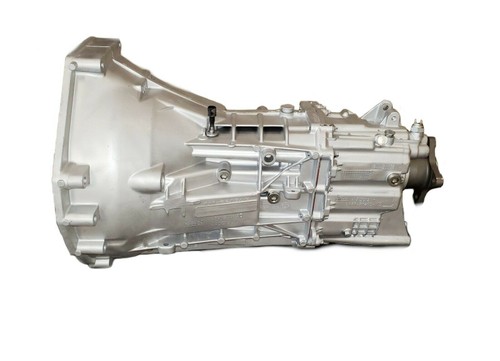 Purchasing an MT82 transmission from our online transmission shop ensures you’ll receive a quality remanufactured or used transmission for your vehicle – one that will run smoothly for years to come.

If you currently have an MT82 transmission, you’re well aware of the historical issues these models have faced throughout the years due to overlooked design problems and a lack of long-term reliability.

We sell some of the most affordable used transmissions in the industry and ensure they are in perfect working condition before ever allowing them to be placed into your vehicle. Best of all, we reverse-engineer every MT82 transmission and fix all of the issues that the manufacturer couldn’t, replacing every single part with either new or re-machined parts.

All of our replacement parts or any parts that had to be re-machined are verified to exceed the original equipment manufacturer’s (OEM) specifications. We’ll correct any known factory defects present in your MT82 transmission, and the ones we offer for sale.

What does this mean for your vehicle? It means that our transmissions often turn out better than the factory transmissions themselves, featuring smoother shifting, greater reliability, and significantly fewer problems in their lifetime.

A 5-year warranty with unlimited mileage is also provided for all of our remanufactured automatic transmissions including the MT-82, and we offer free and fast shipping to any commercial address within the United States.

Buying one of our used or remanufactured MT82 transmissions is one of the best decisions you can make for your vehicle. Contact us today and our friendly customer service will get back to you and walk you through the process!

Is the MT82 a bad transmission?

How much HP can the MT82 handle?

While the MT82 transmission can handle quite a bit of horsepower (HP) and torque, the point of weakness is actually in the clutch. By replacing your clutch kit with one that has a higher rating, you can achieve an HP rating as high as 1,000 horsepower.

Who makes the MT82 transmission?

MT82 6-Speed Manual Transmissions are manufactured by the German company Getrag. Ford switched manufacturers to Getrag in 2011 from their previously used Tremec transmissions, including the T5 and TR-3650. We correct any factory defects with our remanufactured MT82 transmissions, ensuring stability and longevity.

What transmission is in the 2020 Mustang GT?

The Getrag MT82 6-speed manual transmission originally came about as a collaboration between the automaker Ford and German transmission manufacturer Getrag. Since its introduction for 2011 model year vehicles, owners of cars containing the MT82 have noted several issues arising in stock factory models.

The MT82 replaced Ford’s older Tremec 3650 transmissions in 2011, which was a significant upgrade in both shift quality and ratio, as the 3650’s were only five-speed transmissions.

As issues cropped up, however, the MT82 was increasingly criticized by owners. It’s important to note that as a transmission shop, we can rebuild and remanufacture MT82 transmissions to remove and completely eliminate the problems prevalent in their stock versions.

What was originally an improvement over the previous Tremec 3650’s quickly required a patchwork of fixes. The promise of the Getrag MT82 initially was the smooth operation they claimed due to the pivoting shift forks on the shift rails as well as the new and improved ball bearings.

This eventually led to the National Highway Traffic Safety Administration (NHTSA) launching an investigation into the Ford MT82 model of transmission, prompting questions into their safety and reliability.

Fortunately, Ford did update the MT82 transmission throughout its lifetime and even introduced an updated MT82-D4 transmission in 2018. The “D4” designation in the name points to the direct drive 4th gear, and the transmission itself was a completely redesigned 6-speed manual gearbox. Several gear ratios were changed, such as the 5th and 6th gears which became overdrive gears. Additionally, the synchronizer gears, gear tooth geometry, and cone angles were updated to allow for smoother and easier gear changes.

Even though the Getrag MT82 transmission has faced its share of problems in the years past, it is still a viable transmission for your Ford Mustang, especially if it is rebuilt and remanufactured by reliable and experienced transmission builders such as the ones we have on staff.