About Our Remanufactured AX5 Transmission 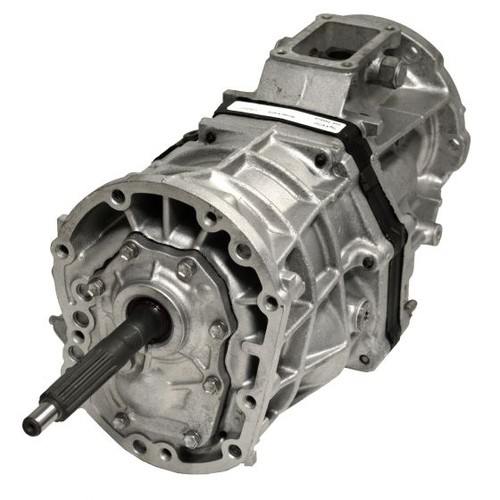 When you buy an AX5 transmission from our online shop, you can be sure that you'll get a quality remanufactured or used transmission that will run well for years to come.

In our remanufactured transmissions, all parts are replaced with new or re-machined components that meet or exceed the specifications of the original equipment manufacturer (OEM). Even better, we correct any known factory defects during this process. This can involve reverse-engineering to figure out exactly what has been causing problems with the original equipment and how to fix it, as well as making our own internal parts that correct the issues. This often results in our remanufactured AX5 transmissions performing better over time than a new AX5 transmission.

Thanks to all of the work we put into our remanufactured transmissions, we offer a 36-month (3-year), unlimited mileage warranty on them. You can also expect benefits like smoother shifting and greater reliability.

With us, you don't have to worry about the cost of shipping eating up your savings. When you order online, we ship free to commercial addresses, which makes it easy for you to have your transmission sent directly to your choice of installation shop. If you'd rather have your replacement transmission sent to your home, it's just $75.00.

Buying a used or remanufactured Jeep AX5 transmission for sale from us is easy. Just call our customer service department for a walkthrough of the process.

Is the AX5 a good Transmission?

For most people, the AX5 is a great transmission. Our remanufactured models eliminate a lot of the problems found in the original factory versions. Those who intend to do an excessive amount of off-roading, however, may want to switch to the AX15 transmission.

Yes, but it requires a conversion kit. This replacement is suggested not only for those who intend to take their Jeep off-roading but also for people who plan on upgrading their vehicles to use bigger engines. Different conversion kits are used for different styles of AX5, so be sure to note what style of bearing you have when buying one.

What is the Difference Between the AX5 and AX15?

If you need to see the difference between the AX5 and AX15, perhaps to figure out which one your vehicle is using, look for a distinct center section. This is a feature of the AX5. The AX5's center section is also made of steel, while the AX15's central portion is aluminum. Also, the AX5 is only found behind 4-cylinder engines.

How Much is an AX5 Rebuild?

The labor cost involved in getting a “rebuilt AX5 transmission near me” is high, especially if you don’t bring your own parts. Quotes ranging from $700 to $1200 for an AX5 rebuild are common, even if all parts are provided by the customer. Meanwhile, you can get a remanufactured AX5 with a warranty for about the same cost.

The AX5 transmission, made by Aisin Warner, was introduced in 1984. This transmission is manual. It was in that year's XJ Jeep Cherokee, as well as the Jeep XJ, Jeep YJ, Jeep Comanche, and Jeep TJ models. It remained in the latter models until 2004, giving it a 10-year run.

Despite its prevalence during its years of manufacture, the transmission is known for being quite weak. It is doubtful when used for off-roading, and it, rather than the engine, is often the limiting factor when trying to upgrade the power of relevant vehicles.

Through the years, a few problems with the AX5 became apparent. The most common issue was the loss of the Overdrive gear even at low mileages. At higher mileages, users could experience problems with it coming out of gear by itself.

This transmission also tends to develop problems, specifically the loss of synchros, if the factory-specified oil is used. Needless to say, the incompatibility with the very oil that the factory says to use has caused frustration and expense for many Jeep owners.

The manufacturer made a few changes to this transmission throughout its years of production. One such change switched a leak-prone hydraulic throwout bearing with a more typical external slave cylinder with a mechanical bearing and clutch fork.

Now, many people who buy or already own vintage Jeeps that have this transmission choose to swap them for completely remanufactured ones, such as those made by us, or install AX15 transmissions instead. This can greatly reduce the number of problems encountered.