About Our Remanufactured 6L80 Transmission 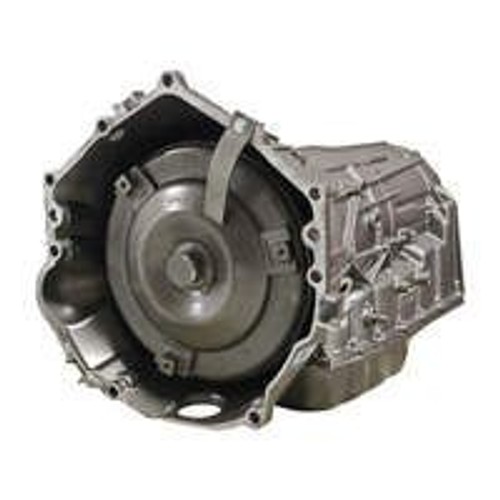 Regarding our remanufacturing process, we completely tear down and reassemble every used 6l80e transmission that comes through our warehouse doors. Each 6L80-E transmission is inspected, cleaned, and has every component within it replaced with new crate parts or completely rebuilt parts. In doing so, our remanufactured 6l80 transmissions are significantly more reliable than their used or rebuilt counterparts. The option of using the original equipment manufacturer (OEM) parts for our transmissions and powertrain replacements make our refurbished and reconditioned transmissions a smart move for street and strip racers who want a stock replacement. If you want a professional repair and rebuild, give us a call for a quote. We are your source for any part needed for your hotrod needs.

Updated drums are used to prevent cracking at the welds.

Bushings and machined surfaces polished to a mirror-like OE finish of 15 RA or less.

Is the 6L80 a good transmission?

Yes, the 6L80 is a good, reliable transmission that you can buy for higher horsepower vehicles, such as the Cadillac and the Corvette. Our completely remanufactured 6L80 is ready for your LS or LSX car engine swap and is for sale in our catalog.

The 6L80 and 6L80E monikers are used interchangeably. The six-speed transmission replaced the 4L80 four-speed versions for medium-duty vehicles; and is made like a rock for higher horsepower vehicles, such as LS and LSX crate engines.

Instead of measuring the strength of the 6L80 by horsepower, GM designed this transmission to handle 440 pound-feet of engine torque and 664 pound-feet of output torque. Combined with a tall first gear, our quality product allows you to transfer the torque to the rear wheels to launch from a dead stop.

How much does a 6L80 transmission cost?

Our best price for a new 6L80 crate transmission $2317, but a 6L80 in remanufactured condition from our company has new parts inside the case. In the end, our remanufactured 6L80 will get you down the strip for less money than a new 6L80.

The American-made GM 6L80 transmission took the place of the 4L60-E, 4L65-E, 4L70-E, 4L80-E, and 4L85-E, but it had some big shoes to fill. GM needed an affordable yet modern automatic transmission to take the place of legends such as the TH400 and 4L60-E in its American cars. The 6L80-E was designed for powerful generation III+ V8 engines which often appeared in GM’s lineup of brands like Chevrolet, GMC, Buick, and Cadillac. The GM-approved 6L80 was for use in a vehicle weighing up to 8,600 pounds or for those with a gross weight of 14,000 pounds. It was used most commonly in vehicles like the Cadillac Escalade, Chevrolet Avalanche, Chevrolet Silverado 1500, Chevrolet Tahoe, GMC Sierra 1500, GMC Yukon, and the H2 Hummer.

The 4L60E, the 6L80's predecessor, was a four-speed medium-duty transmission, while the 6L80 is a six-speed medium-duty transmission that was designed for higher horsepower vehicles. The 6l80e has an RPO code of "MYC" and is manufactured in Ypsilanti, Michigan. The transmission uses direct clutch-to-clutch shifting and does not have bands. It has a deep first gear for powerful starts from a standstill. It features this gear ratio specification, which makes it compatible with the racing industry and highway driving:

The tall overdrive gear allows for low RPM highway cruising, which conserves fuel. The 6L80's input torque is 440lb-ft while the maximum output torque is one of the best at 664lb-ft. As with most GM transmissions, the Turbo-Hydramatic 6L80 uses Dextron VI transmission fluid and, depending on the application, uses anywhere from 10 to 12.6 quarts. You can choose to use a 258mm or 300mm torque converter with this transmission. The 6L80 is the perfect companion for GM's LS and LSX crate engines in two-wheel drive configurations. The 6L90, the big brother of the 6L80, is even better. For both of the transmissions, however, the modular design ensures common components for the four transmissions in the six-speed family. All of the versions use an input planetary gear set and two output gear sets, which makes them easy to service. One pair meshes with the ring gear and the other meshes with the sun gear.

When you are looking for the reliability of a TH-400 in a six-speed transmission – and one that will handle the horsepower and torque zone you're ready to throw at it, the 6L80E fits the bill. The TH-400 transmissions could handle the high torque of a truck and were mostly found in trucks in its heyday. Now you can have a lighter transmission and one that gets better gas mileage in a format that allows great standing stop takeoffs and better fuel economy for highway driving.