About Our Remanufactured AX15 Transmission 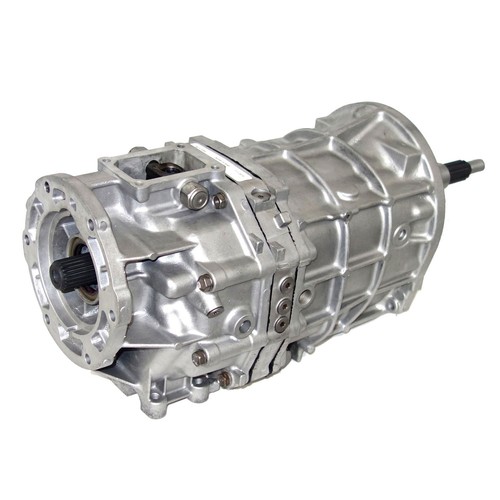 When we recondition a transmission, we make sure your entire transmission assembly is repaired to meet or exceed OEM part specifications. Everything inside the bell housing is replaced, giving you a transmission that is better than factory new, making it easier for you to get more enjoyment out of your vehicle for many years to come without a lot of expensive, time-consuming repairs. We even undertake upgrades to ensure that common failure points won't occur as they would even with a crate AX15 transmission which will come with its factory defects.

Best of all, you'll get this superior performance at a much lower cost than purchasing a new AX15 transmission for your vehicle. When reconditioned correctly, you'll get years of reliable, solid performance, keeping you from ending up broken down at the side of the road or on the trail. You'll receive free shipping to your commercial zone in the continental United States. We also offer an up to 5-year/l unlimited mileage warranty. Furthermore, there is no core charge on our quality used AX15 transmission and we waive the core charge on remanufactured AX15 transmissions for 30 days to make sure you have adequate time for your transmission swap.

Our large variety of refurbished manual and automatic transmissions are kept in stock from a wide range of major domestic and import manufacturers. We take the time to test and insect every part we use, ensuring that it will meet or exceed OEM factory specification before we ship them. This means that all of our transmissions, including the AX-15, are rock solid and will actually outlast factory new OEM crate transmissions. When you do business with us, you'll get a professionally inspected transmission that will keep you running for years to come. If you're getting ready to replace the transmission in your Jeep or Dodge, or want to upgrade your transmission, we can help! Contact one of our friendly customer support members today at Reman-Transmission.com with any questions you might have!

Is the AX15 a good transmission?

Used for over a decade in a range of American Jeep vehicles from late 1988 to 1999, the AX15 was typically paired with an inline-six engine, specifically the 4.0. With a reputation for solid performance, the AX15 is an affordable, smart option to buy if you're looking for a cheap factory replacement.

How much HP can an AX15 handle?

The Jeep AX15 is a solid option that was originally designed to handle the inline 4.0 six-cylinder engine at 190 HP, and the 4.2L engine at 150 HP. Because both engines handle serious torque, it can handle much stronger horsepower, with some mechanics recommending up to 300 HP.

What is the difference between AX5 and AX15?

How much does it cost to rebuild an AX15 transmission?

Rebuilding a lower price stock swap AX-15 that isn't in the same condition won't give the same results as a professional remanufactured drop in transmission from a quality supplier source that can put you in a better place overall, with warranty defects corrected and industry components for a complete product.

Succeeding the Aisin AX5 transmission and stepping up power to the inline-six engine, the Aisin Warner Japanese manufactured Jeep AX-15 transmission was an advanced option for its time, providing plenty of reliability even with the torque produced through the inline-six engine. It served as a mid-year replacement for the Peugeot BA10/5, considered to be an upgrade for performance by many experts, with a changeover date of March 9, 1989. The Aisin AX15 was based on a manual five-speed gearbox located at the rear of the transmission, providing plenty of torque transfer from the engine to the wheels. The transmission's pilot tip was originally 19/32" until the 1992 model year, when it was changed out for a longer 3/4" pilot tip.

As great automatic transmission, it wasn't used in a street legal car as much as it was used in SUVs and the Dakota truck, making it a great option for offroading enjoyment. A company part catalog from the Jeep Cherokee and would be incomplete without this domestic powerhouse. The AX15 features a cast aluminum center plate to prevent corrosion, fully-synchronized helically-cut gears, top-shifting split-case, generous ribbing and dowel-pin alignment for the bell housing.

The Aisin AX-15 transmission is a standard-shift five-speed transmission designed for medium duty use. The original equipment manufacturer (OEM) provided these quality parts to not only Jeep, though that was their main use, but also to Dodge's Dakota lineup. A very similar transmission was found in the Toyota R154, specifically the Supra Turbo, as well as GM and Isuzu transmissions, including the AN5, AR5 and MA5. It was paired to both 4WD and 2WD drivetrains, making it a versatile option for both domestic and import auto makers.

At the heart of the Aisin AX15 transmission was either a 23-spline shaft found in the 4WD version or a 10-spline shaft which was originally mated to the NP231 transfer case which had a designation of NP231J for Jeep. Although it is possible to mate it to the Jeep Dana 300 transfer case, using an aftermarket kit from Novak, mating it to the NP207 was accomplished by shortening the transfer case's input gear to 2.1" with either a hard saw or a metal lathe. From its inception to 1993, it featured an internal slave cylinder, moving to an external slave cylinder and throwout assembly in 1994 for easier maintenance. Every version of the transmission used brass synchronizer rings, requiring the use of API GL-3 style lubricants. From first to fifth gears, it features gear ratios at 3.83, 2.33, 1.44, 1.00 and 0.79. All-in-all, the Aisin AX15 transmission was a versatile one to say the least.