About Our Remanufactured A340E Transmission 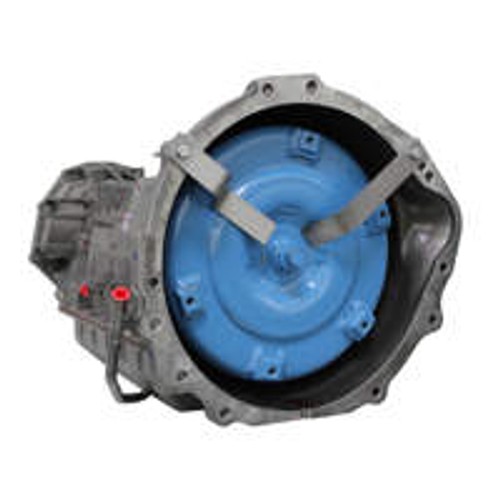 We also offer for sale some of the most reliable and affordable used transmissions you’ll find. We inspect them to make sure they’re in full working order before we OK them for installation in your vehicle. We warrant our used A340E transmissions for six months or 6,000 miles.

While the A340E has generally been a reliable transmission – Toyota used it in many of their vehicles for over 20 years – you may have experienced the erratic shifting or even loss of gears that some drivers have noticed with this product. One of our remanufactured A340E transmissions will give you shifting that’s as good or better than when you first drove your car or truck.

You could hardly make a better choice than to purchase one of our used or remanufactured A340E transmissions for your vehicle. You’ll enjoy smooth shifting and great reliability, and our transmissions give drivers significantly fewer issues over the years.

Give us a call or contact us online to find out how easy it is to get a used or remanufactured A340E transmission for your car or truck. We offer free shipping to commercial addresses. In other words, as a customer, I can have an A340E shipped to a shop near me at no charge. The fee for shipping to residential addresses is only $75.

What is an A340E transmission?

The A340E is a 4-speed automatic transmission found in Toyotas and a few other vehicles from the mid-1980s until well after 2000. It is generally a solid transmission but is subject to erratic shifting, overheating, and gear loss. Our manufactured A340Es replace every part with one as good or better than OEM to give you a reliable, long-lasting A340E.

How do I identify the A340E transmission?

In most cases, your owner’s manual will tell you whether your transmission is an A340E. If you have no manual, you might find the model number on the driver’s door or stamped on the transmission itself. Alternatively, you can derive it from the VIN either by using an online VIN decoder or by calling the dealer.

How do you rebuild an A340E transmission?

It’s not impossible for an advanced home mechanic to rebuild a transmission on the cheap. There are instructional YouTube videos. However, it’s challenging, and you could ruin your A340E with a mistake. You can rely on us to use the best possible parts and manufacture a rebuilt transmission you can be confident in.

Who makes the A340E transmission?

The A340 was built by Aisin Warner. It was a reasonably reliable transmission used mostly in Toyotas for over 20 years. However, it did have some issues. Our remanufactured A340s give you shifting and reliability as good or better than the original Aisin Warner product.

The A340 was manufactured by Aisin Warner, a Japanese company that’s partially owned by Toyota. It first appeared in the mid-1980s and was used into the second decade of the 21st century. Most A340Es were delivered in Toyotas, including the 4Runner, Sequoia, Tacoma , and Tundra.

There are similarities between the A340E, Aisin Warner’s 03-71, and the Volvo AW7. The 03-71 found its way into Mitsubishi, Suzuki, and among other Asian vehicle manufacturers.

The A340E was a prominent Toyota transmission for over two decades and has generally offered a fairly good shifting experience. However, there were some bulletins that appeared during its lifetime. These came about because some drivers experienced a delay in moving to reverse from the park or neutral and others noticed a chatter when shifting from reverse into park or neutral.

During their years of the highway, A340Es have been known to have problems with slipping, erratic shifting, or failure to engage in gear. Some of the causes have been a failed solenoid and a torque converter issue.

There have also been problems with overheating when the transmission’s moving parts create more heat from friction than the transmission fluid can dissipate. This most often has occurred in stop-and-go traffic or while towing heavy loads and on mountainous roadways where there was frequent shifting.

Still, the A340E is a reliable Automatic transmission for your Toyota or another vehicle, especially if it has been remanufactured with OEM and better-than-OEM parts.