About Our Remanufactured 722.6 Transmission 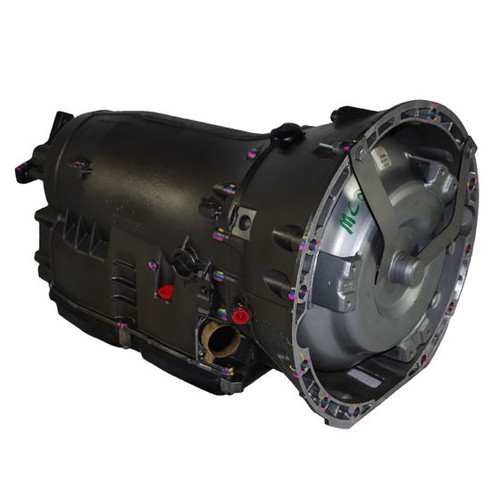 Our reconditioning process takes the entire transmission assembly and repairs it to meet or exceed the original factory OEM part specifications. We replace everything in the bell housing, so you end up with a transmission that's like brand new, but even better, because we make upgrades to parts that are common failure points so that they'll hold up better, giving you a better than factory transmission at a much lower price than buying new.

Though they may look very similar, the 722.9 adds two forward gears, making it a seven-speed transmission over the 722.6's five-speed transmission. The additional two speeds improve fuel economy and more accurately match RPM to vehicle speed.

Turn the key to the on position without starting the engine, then push the gas pedal all the way down, hold it for 15 seconds, and turn the key off without removing your foot from the pedal. Take your foot off the pedal, wait three minutes, then remove the key

The Mercedes Benz 722.6 transmission, also known as the WA580, NAG1, and the 5G-Tronic, is manufactured by Mercedes Benz as a new transmission to replace the 4G-Tronic, a four-speed transmission. It features two reverse and five forward gears, is fully electronically controlled, and has a torque converter lock-up. As an overdrive automatic transmission, it provides a range of thoughtful features that adds functionality, driving performance, and safety to the vehicle.

Used across a wide range of Mercedes, including the S-Class, E-Class, C-Class, G-Class, Maybach lineup, and many more, it's also been adapted to a range of other manufacturer's vehicles, including Jaguar, Jeep, Dodge, Chrysler, and Ssangyong. The 722.6 transmission's adaptability to this wide range of vehicles is part of its popularity and the reason why it can be found in vehicle years spanning from 1996 to today, a 25+ year cycle that is virtually unheard of when it comes to automatic transmissions.

It features several special operating modes, depending on the vehicle it's placed in. Winter/Sport mode has the gearbox start in second in both forward and reverse gears, to provide better traction on slippery surfaces. Speedshift provides opportunities for both manual modes and active downshifting capability. The transmission is also trainable, allowing the driver to set specific conditions for when the vehicle should shift between gears, providing opportunities for saving fuel or for better performance.

It's been operated in vehicles with engines ranging from inline-four to V-12 configurations, with a high torque capacity of up to 1000 Nm making it capable of handling the diverse range. This is also why it's retained such popularity in non-Mercedes vehicles, from Sprinter vans to Jeep Wranglers. It should be noted that the torque converter, unlike most, naturally has a bluish tint to it, which in other transmissions would be the sign of a failed converter. Further testing is needed to determine whether the torque converter has failed.