About Our Remanufactured 4T60E Transmission 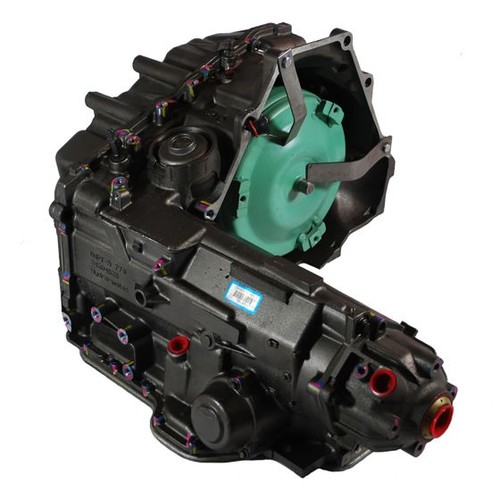 Are you looking to buy a remanufactured 4T60E transmission? We have the 4T60E for sale here at Reman-Transmission at affordable rates that we know that you will appreciate. When you buy a 4T60E HD transmission from us, you can trust that we have done our research and brought you the best used or remanufactured transmission available on the market.

At Reman-Transmission, we pride ourselves on selling affordable transmissions in excellent condition. When you purchase from us, you can trust the part, because we make sure that every transmission is inspected and is in an adequate working condition.

We know that some people won’t want to buy a used transmission and may prefer to purchase a remanufactured 4T60-E transmission instead. Our transmissions meet or exceed the original equipment manufacturer’s (OEM) specifications because we make sure that every part has been replaced with either new or re-machined parts. That means that your remanufactured transmission is at least as good as the new model and maybe even better since there is an opportunity to address and correct defects and issues that may have been present in the original model.

We know that every little cost adds up, so we offer free shipping to commercial addresses and a flat $75 fee to any residential address. We’ll ship to you no matter what your preference is, so shop with confidence with us.

Bushings and machined surfaces polished to a mirror-like OE finish of 15 RA or less.

What cars have the 4T60 transmission?

There are many vehicles that use the 4T60 transmission including the 1997 to 2003 models of the Chevrolet Lumina, Monte Carlo, and Venture. It was also used in Pontiac’s Grand Prix and Grand Prix GT and the 2006 to 2007 Chevrolet Malibu. Other models included the Buick Rendezvous, Pontiac Aztek, Buick Terraza, and others.

How do I identify a 4T60-E transmission?

The easiest way to identify the transmission is to look for the RPO code sheet on the driver’s door jam or the lid of the trunk. There, it will have a description of the parts. If you see MN7 or M13, you’ll know that you have either the 4T65E heavy duty or the 4T60E as your transmission.

The basic difference is that the 4T65E is stronger than the 4T60-E transmission. The 4T65E does lack an auxiliary cooler, has non-hardened parts and other issues that may need to be corrected with aftermarket parts, which are similar to the issues with the 4T60E.

How much power can a 4T60-E transmission handle?

The 4T60E has been reported to start slipping after reaching 250 wheel horsepower. With aftermarket parts, it is possible to raise this up to 500 in some circumstances. The 4T60E-HD may also be able to support a higher horsepower, as the unit is designed for more powerful engines.

First introduced in 1991 by General Motors, the 4T60-E transmission was an improvement on the 4T60 as a new version with electric controls. It has one predecessor, the Turbo-Hydramatic 125, and a successor, the 6T70. It should also be noted that this transmission underwent some minor changes in its later years that gave it some added durability for select General Motors vehicles and it was dubbed the 4T65E transmission.

Something that makes this transmission appealing is that it was US-built with better availability. It was built at the Warren Transmission plant in Warren, Michigan, in 2011, making it easier to get parts for it within the United States.

The 4T60-E has been used by a wide number of manufacturers, including Pontiac, Oldsmobile, Chevy, Buick, and Cadillac, as this transmission was designed well for midsize vehicles. These vehicles typically had engines ranging from 2.2 to 5.0-liter sizes, showing how versatile the 4T60E can be.

The great thing about the 4T60-E’s long history is that it is now able to be built with performance-enhancing upgrades. Today, it has a lock-up torque converter and may have updates such as Teflon pump drive shaft seals. The fourth clutch shaft can also be upgraded to help eliminate the risk of spline stripping to keep the unit running better for longer.

The 4T60-E has a 245 mm torque converter as well as varying stall speed and gear ratios. There are 12 different drive ratios possible that can be used across different vehicle and engine applications.

Some of the specific vehicles using this transmission include the Oldsmobile Aurora, Buick LeSabre, Buick Regal, Chevrolet Lumina, Chevrolet Malibu, Saturn Relay, Volvo XC90, and Chevrolet Uplander. The 4T65E-HD was also used as a heavy-duty version in vehicles with powerful engines such as the L67/L32 supercharged V6 or LS4 V8.